The need to update Windows 7

Microsoft has made it clear that it will begin to show alert notifications to users of its operating system version of Windows 7, and to urge them to upgrade their computers. As it will stop supporting the system by 2020.

Some users of the Windows 7 version said – according to online press reports – that they have started receiving such alert notifications that will not prevent them from using the system, but that they will be at risk.

They explained that the appearance of these notifications can be stopped by pressing the “Do not disturb me again” option located at the bottom left of the notification popup.

The support page states that without Windows 7 users getting software and security updates, they will be vulnerable to viruses and malware.

Microsoft has invited users to move to the Windows 10 platform, claiming it is “not recommended to install” on older devices and that they should buy new ones. 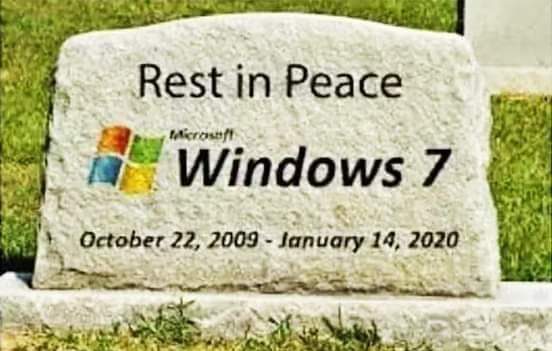